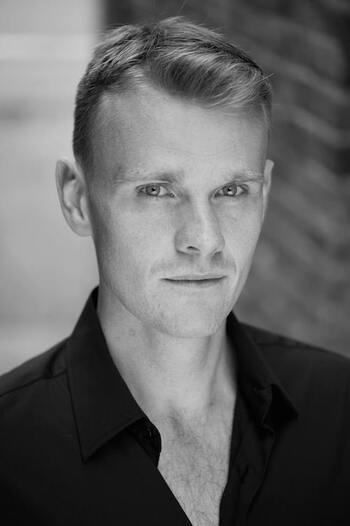 Matthew trained at the Royal Northern College of Music before continuing his training at London's Associated Studios' Opera Centre. He is now based in London and works as both a soloist and session singer and he continues to study privately with both ﻿Marcus van den Akker﻿ and  Adam Johnson.

Recent recording projects for Opera Rara have included Puccini's 'Le Villi' & Donizetti's 'Il Paria' (both conducted by Sir Mark Elder) which have been held to high critical acclaim. Earlier in 2020,  he recorded Christopher Tin's latest album  'To Shiver the Sky' with the Royal Opera House chorus.

In 2019 he performed 'The Rakes Progress' (conducted by Barbara Hannigan) at the Aldeburgh Festival as well as Iolanta & L'arlesiana at Opera Holland Park. Other opera chorus credits at Opera Holland Park include Isabeau, Zaza and Kat'a Kabanova, Iris, La Boheme and The Queen of Spades. Elsewhere in the UK, he has performed in Turandot with Northern Ireland Opera as well as Peter Grimes, Queen of Spades, Fortunio, Madama Butterfly, Idomeneo, Love for Three Oranges, Tristan und Isolde and Tosca for Grange Park Opera where in 2014, he was awarded the Grange Park Opera young artist scholarship.

In 2020, Matthew was looking forward to returning to ﻿Opera Holland Park﻿ to perform Eugene Onegin & Rigoletto, however these performances have been postponed indefinitely due to the Covid-19 pandemic.

On the solo concert platform he has sung at numerous venues across the UK, notably at the London Handel Festival with the Amade Players and also in the title role in Elijah at the Cadogan Hall with the London Gay Mens Chorus. Other solo Oratorio performances have included the Finale of Beethoven's 9th Symphony, Saint Saens' Christmas Oratorio, Handel's Messiah, Bach’s St. Matthew Passion & Christmas Oratorio, Mozart’s Requiem, Handel’s Israel in Egypt, Haydn’s Nelson Mass, Faure's Requiem, Durufle Requiem and Butterworth's 'A Shopshire Lad'.

Matthew has also had extensive experience singing with a number of the UK's leading vocal ensembles including the Yorkshire Bach Choir, ﻿Blossom Street Singers﻿ and the Philharmonia Chorus . He has performed at venues such as the Barbican, the Royal Festival Hall, the Royal Albert Hall, Cadogan Hall and St John's Smith Square. He regularly performs with The J-Tones Quartet, Barbershop-O-Gram, Pitch Perfect Voices and Eschoir all of whom perform across the country and have all made appearances on television and radio.
​
Alongside performing, Matthew leads a busy schedule of teaching singing and piano across London and enjoys his peripatetic teaching at Chigwell School, Lister Community School, St. George's School Hanover Square & St St. Stephen's School Shepherd's Bush (with ﻿Pelican Music﻿). He also a conductor and director of the Camberwell Community Choir and assistant director of the St Giles Church Choir Camberwell in South London.